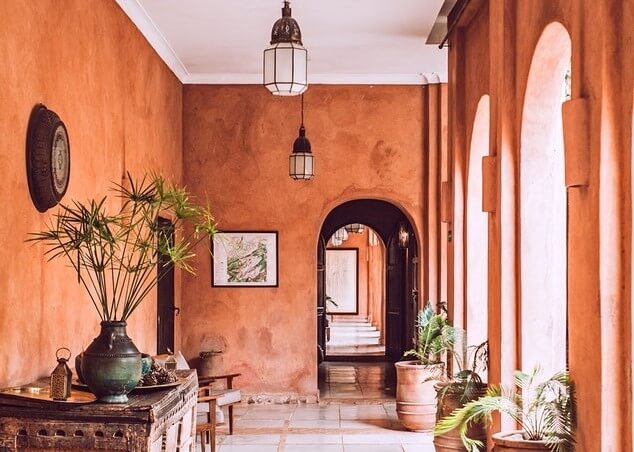 How To Give Your Home That Latin American Feel

We’ve taken you to Scandinavia, China, Japan and The Med in our home design series so far. Today, we’re heading west-southwest to Latin America.

Now mention Latin America and most people will conjure up images of football, samba and amazing street carnivals. But these Latin American idiosyncrasies are not the focus of our post today (although each of them would make fascinating reading). Instead, we’ll be looking at Latin American home design and giving you a few tips on how to achieve it yourself.

First things first, let’s not confuse Latin America with South America. The first is an ideological/cultural entity, while the latter is a geographic one. For the purposes of this post, we’ll be focussing on Latin American home design.

Here’s how you can achieve the Latino look in your own home:

First and foremost, it’s worth pointing out that Latin American design is derived from a range of different cultures and countries; from Mexico in Central America right down to Argentina in South America. Furthermore, because it boasts a mix of indigenous styles and North American and European influences alike, Latin American home design is wonderfully eclectic.

In other words, there is nothing about it that definitively says “Latin American”, but you know it when you see it.

A love of nature

Natural materials are a prominent feature in any Latin American home. This is because of their respect for nature and everything it provides. That’s why organic fabrics and natural objects, such as seashells and pebbles, regularly feature.

Glass and tile are also key components of Latin American home design, where they are used to create full-on interior murals and impressive floors that often serve as the centrepiece of a room. Adding an opening rooflight can take it a step further by truly bringing the outside in.

Despite having impressive, elegant floors a lot of the time, Latin American homes aren’t afraid to cover them a little with rugs. Organic fabrics and intricate weaves add a real sense of character, as well as warmth to the entire room. Also, by mixing delicate cottons with rough hessian, additional levels of texture are afforded.

Why have a simple door leading to another room when you can have a handcrafted arch!? It’s a distinctive design that really opens up a room and makes a bold, yet subtle statement. Said arches are often adorned with the natural elements we mentioned earlier – glass, seashells, pebbles, etc.

In fact, arches are used pretty much anywhere and everywhere in Latin American homes (both inside and outside) – it must be the Mediterranean influence.

The other benefit of these large arches is that they allow more natural light to enter the home.

Natural light is associated with an abundance of benefits, including improving your mood and productivity. And what better way to get more natural light into your home than with a rooflight.

Are you considering buying a rooflight or roof lantern for your home? If you are, call Roof Maker on 0116 269 6297. Our rooflight experts will help you to choose the right solution for your needs. Alternatively, visit our showroom or get a quote online.